In 1974 a young surfer charters a jukung (a small traditional Indonesian outrigger) and sails from Sanur, across the Badung Strait, to one of the three outer islands belonging to Bali – a journey of 4hrs in favorable conditions – would see him stepping upon the north-westerly shoreline of Jungabutu Village, Nusa Lembongan. 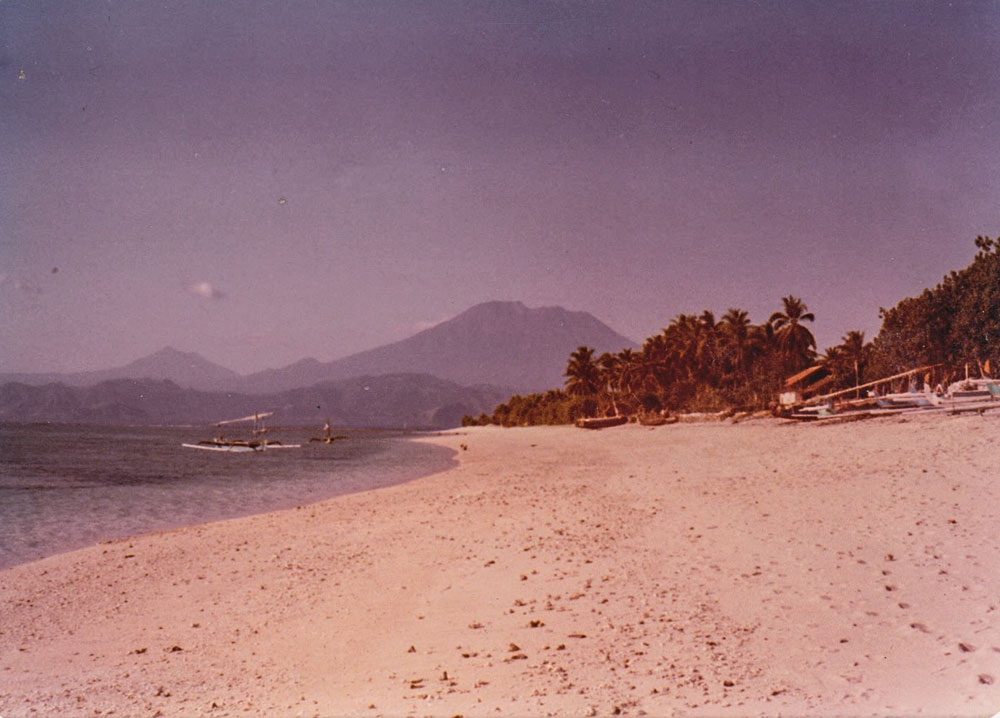 Upon setting up his tent and making camp on the beach, the local’s curiosity was awakened, as no-one had ever seen a structure like this before, and then to further their surprise was his request to a local fisherman if he could ferry him out to the dangerous pounding surf, an area of white water that was to be avoided with all respect for one’s life.

Humbly the young fisherman obliged the young visitor, taking him out to the northern end of the reef, an area that the locals know as ‘’CEMERA” (later on in years, travelling surfers would name it “Shipwrecks” – for many a vessel’s run aground here)The next day the fisherman and his son, I Made Nayuh (“Mangku”), would take the young visitor to the other end of the reef, nearer to the channel (and a safer place for the outrigger to await) a spot known to the local’s as “LOLOAN” (today it is known as “Laceration’s). I Made Nayu (“Mangku”) remembers this day as if it were yesterday.

This foreigner with his strange craft – was dancing upon & thru the waters like a sea creature, as one within his world. Mangku was all excited, and he with no English & the foreigner  with little Basha; introduced himself as “Bob Brown”. Bob Brown was his name and Mangku was his newest friend. Bob taught Mangku how to surf out at “Loloan” riding a single fin surfboard; thus becoming the islands first ever surfer at an age of 12 years. Today Mangku still recalls his experience – with the biggest smile and eyes open wide he describes riding “Loloan” as like riding upon a Kaboss (a train !!!); as today we would call the barrel or tube ride. 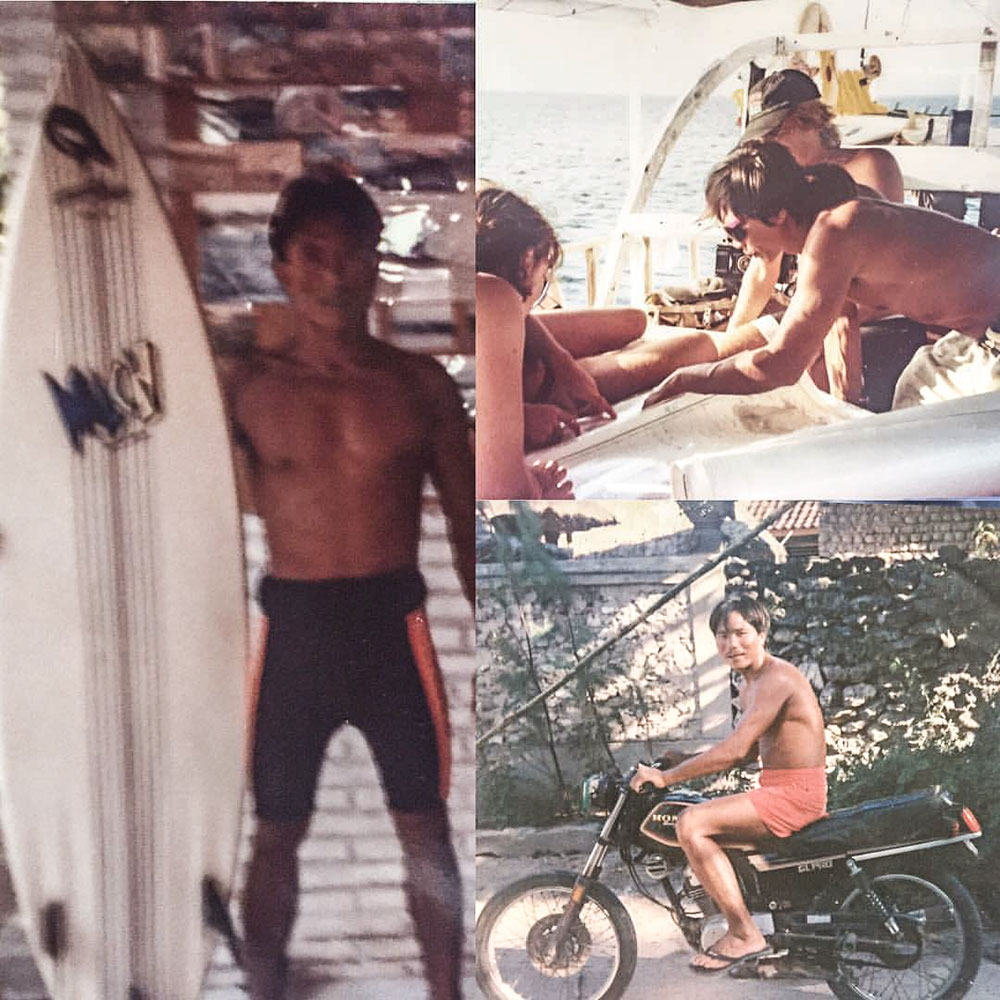 For the following 10 years Nusa Lembongan would be visited by travelling surfers, exploring the hidden treasures of perfect peeling waves in crystal clear waters, framed by swaying palm trees and graced with local smiling faces.

In 1983 the first surfing contest was held on Lembongan at a spot then called “Tarsan’s Left” – now known as “Playgrounds” and was won by local surfer “Roger”. The event was organized by Paul Anderson; along with Brian & Geoerge (from Seals Rock, Aust) they had collected about 17 surfboards to take to the island and donate to the children, thus bringing the Aloha spirit that would carry on through years to come. 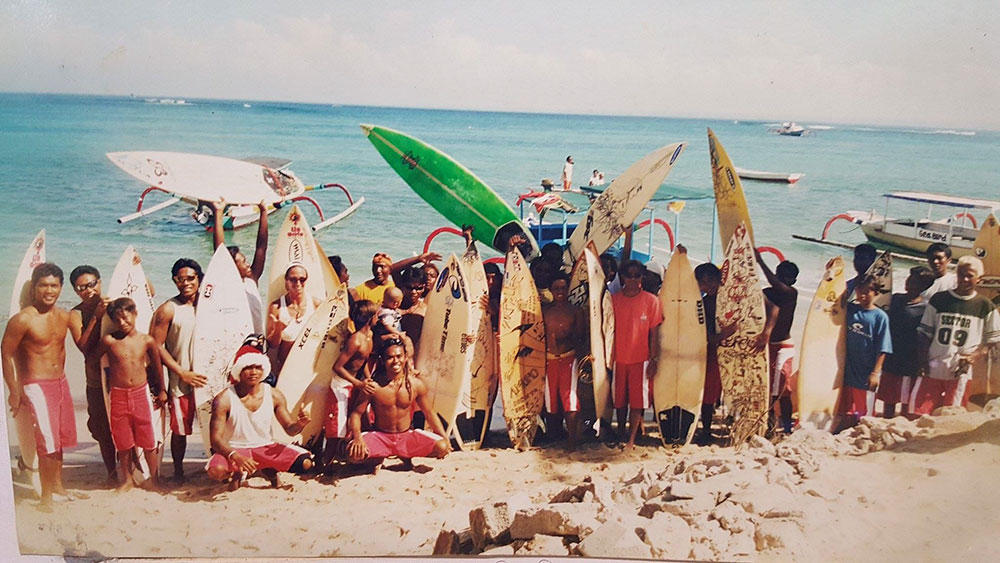 The Lembongan Surf Team was established in 2001 by I Wayan Sujaya, Caron Farnham & Pedro; after discussing the situation and fate  to which the local surfers were faced with then in regards to not only their own future and growth but that of the number of travelling surfers and mainly the increasing number of tourist surfers who showed little or no respect out in the waters towards the locals and especially the young ones. We decided to unite the local surfers together; and they titled themselves the “Lembongan Surf Team”. LST would then place an importance on academic/schooling achievement along with culture and family values; and mindful that they are also representatives of not just their island but their nation too – this in turn would help to nurture their self esteem and foster integrity into their daily lives.

Each and every since 2001, LST hold a locals only contest with 3 divisions; Grommets, Opens & Masters; thus allowing the young to old, the beginner to the experienced surfer to compete in a family like environment that exudes excitement & joy along with rewards to all. Thru-out the years we have been blessed with the support and donations from our local community & business; along with surf companies from Hawaii, Australia, Japan, Europe, and international individuals; to more recently surf companies from Bali. Today we are even more grateful for the recognition and support from our local government of “Klung-Kung” regency, Bali.

From the support and guidance of our elders within our community; I Wayan Ware, I Agus Tarci, Caron Farnham, Rob & Annmaree Fairthweather, Jenny & Gazz Midson & Troy Sinclar, the level of surfing amongst our boys has risen to heights of seeing them compete successfully to become not only champions on the ISC Tour (Indonesian Surfing Championship) but also representing their country in the 2010 World Junior Championship held in New Zealand; of the 8 selected surfers for this event, we are proud to say 4 of the boys are from LST:

I Agus Frimanto, I Putra Herwaman, I Ediana Putra & I Putu Anggarra (son of Mangku). During the peak of this era LST had close to 20% of their team riders sponsored by the large surf companies of the world. Sadly this all came to an end when the ISC folded due to the lack of sponsorship for their tour. 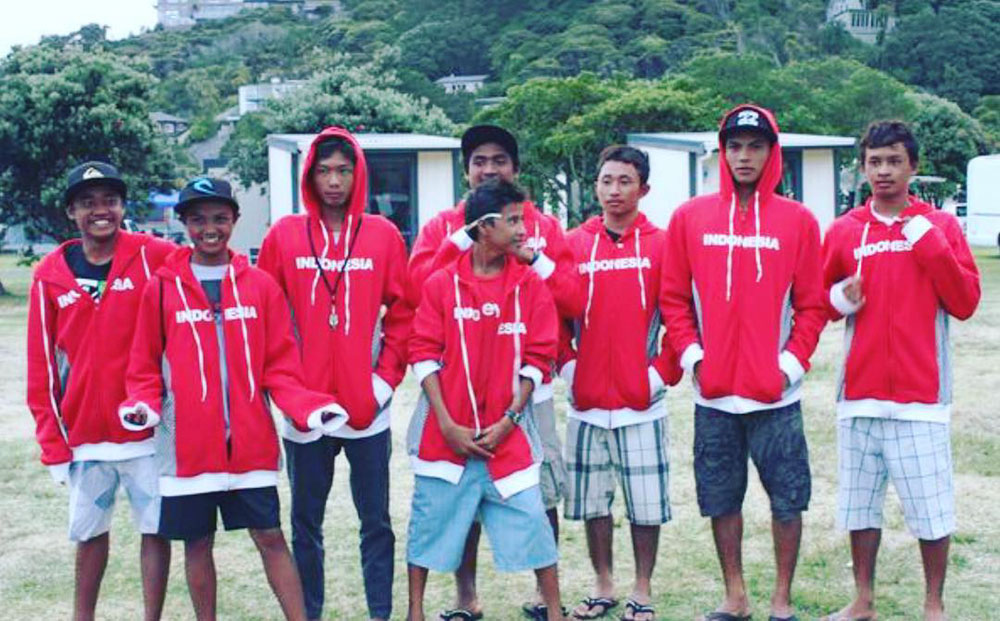 In 2015 LST decided (apart from holding their own local event) to take on a huge task by providing an event equivalent to a WSL 1 star, for the surfers of Indonesia – it was an Invitational Open of Bali’s top 40 riders to compete against our top riders – thus providing an opportunity for all to keep improving upon our talents and skills as professional surfers.

Today in 2017 LST have now a series of 3 events held at Mushroom Bay, Ceningan Point & Playgrounds to determine their own local champion of the Grommet, Pro Junior & Open division. This year with the support of our local government of the “Klungkung” regency – LST are to officially hold an “INTERNATIONAL AMUTER” Surfing event as a part of the “Nusa Pendia Festival” being held in the village of Jungabatu on Oct 5-8th. Once again this event will be on par as a WSL 1 star event with a purse of $5,000 to be awarded to the top surfers competing from Indonesia, Hawaii, Australia, New Zealand & Japan.

Life is about constant changes and taking calculated risks which brings growth, and the Lembongan Surf Team embraces this with enthusiasm. We would like to encourage you to continue to explore our web page, facebook site and to follow us on twitter – too see the paths we are choosing to take us into our future. Paths that open up the sharing of knowledge and skills to all and most importantly culture – for with this comes understanding and respect to and for all. LST are also compassionate about their roles of duty of guardianship & stewardship of our environment of both land and ocean – as this is a gift from God; in which we all reside. LST welcomes everyone’s participation alongside with us, for sharing is caring.